Given how toxic many standard cancer treatments can be, it’s no wonder that people look for safer, less toxic, more natural options that could reduce the number of side effects they experience during treatment.

You might be thinking: that’s strange. How could something as simple as baking soda help treat cancer? Keep reading to find out how. 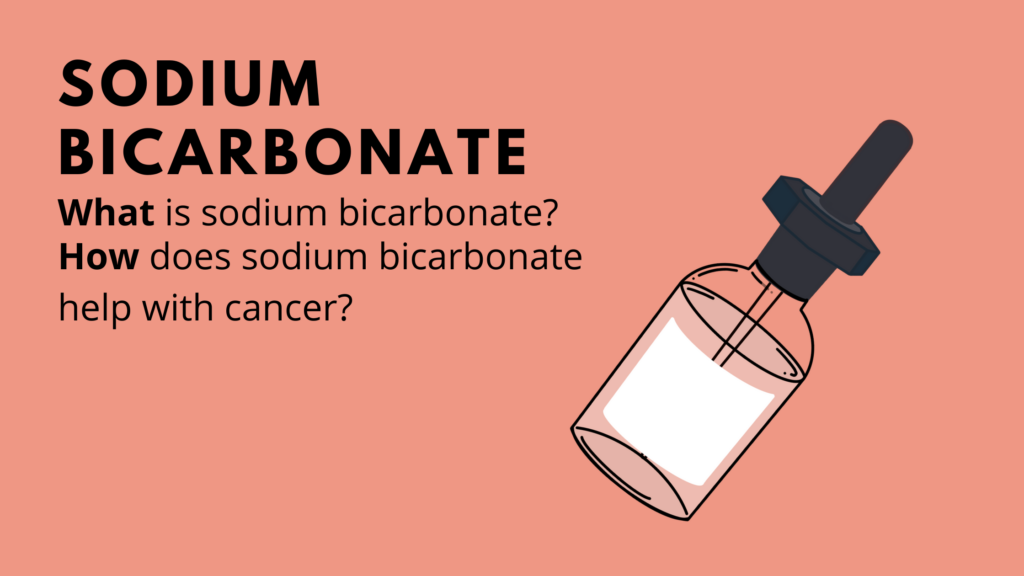 What is sodium bicarbonate?

While you’ve likely heard of baking soda, a common name of sodium bicarbonate, its uses include far more than just cooking or baking.

For example, you’ve probably experienced heartburn from time to time. Heartburn happens as a result of too much stomach acid present in the stomach. The stomach has lost its balance, essentially. As an antacid, sodium bicarbonate helps reduce the amount of acid and restore your stomach to a state of balance, where it isn’t too acidic, but it also isn’t too “basic.”

In sum, sodium bicarbonate is a widely available compound with uses ranging from the kitchen to the health clinic.

How does sodium bicarbonate help with cancer?

The use of sodium bicarbonate to treat cancer has been explored, essentially, because of the compound’s antacid properties and ability to neutralize acidic environments.

Specifically, researchers have explored using sodium bicarbonate to neutralize the acidic environments around cells. That’s because the extracellular areas (outside of cells) of tumor cells tend to have low pH levels. What does that mean?

pH is a scale used to measure how acidic something is. The scale goes from 0 to 14, with 0 being the most acidic, and 14 being the most “basic.” To give you a sense of how acidic our bodies normally are, you are likely to have a body pH of around 7.2 or 7.4, so almost directly in the middle. how are

Cancer can disrupt this delicate pH balance. For example, some research suggests that pH levels in the environments around certain kinds of tumors can get as low as 6.5, turning a slightly basic environment into an acidic one.

The environments around cancer cells usually turn acidic because they are constantly burning glucose and turning it into lactic acid, which happens because there is often not enough oxygen to feed the growing tumor cells. Some research suggests that the increased acidity is actually productive and beneficial for helping cancer cells grow and flourish.

Some theories suggest that neutralizing this acidic environment could help. That’s generally the idea behind therapeutic interventions like alkaline diets, which take the idea that eating less acidic foods could help naturally restore pH balance in the body and either prevent or cure cancer.

That’s where sodium bicarbonate comes in: it works by targeting a highly acidic environment surrounding cancer cells and “neutralizing” the acidity around these cells to fight cancer.

Like other types of alternative cancer treatments, such as (Vitamin C therapy or insulin potentiation therapy), research suggests that sodium bicarbonate could help improve the effectiveness of other cancer treatments.

However, larger trials are needed to confirm any potential benefits of sodium bicarbonate.

While there is still much to be learned about the effectiveness of sodium bicarbonate, there are few, if any, risks associated with taking baking soda as a general antacid agent. While you should be mindful of how much baking soda you ingest, there is generally no harm from consuming it.

The only reason sodium bicarbonate could cause problems is if you consume a lot of it. As a salt, it can force the body to use up excess water, leading to hydration problems.

Interested in learning more about sodium bicarbonate as a potential cancer treatment? Talk to your doctor to discuss if it might be right for you.