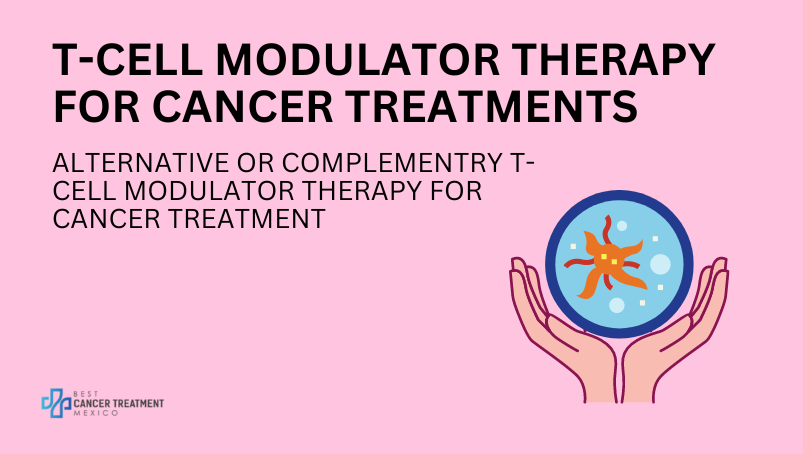 The development of new cancer treatments is a much-needed endeavor. While many of the existing treatments, such as chemotherapy and radiation, are the go-to options for most people and most cancers, they have their own range of challenges and limitations. While they do offer a good treatment option for patients, they come with their own set of severe side effects that can make it challenge to bear cancer treatment.

In recent years, researchers have turned to a more “natural” approach by harnessing the body’s own immune system to help fight cancer. Specifically, researchers have turned to the T cell, a vital part of the immune system. T cell modulator therapy, which manipulates T cells to respond in a certain way, could be a viable option for some people. Keep reading to learn more.

What is T cell modulator therapy?

However, cancer often evades the immune system, which is why it’s able to grow out of control. T cells have become the subject of interest for a range of therapy options, which focus on helping the immune system (through T cells) better fight cancer on its own.

What role does T cell modulator therapy play in our health?

As mentioned, T cells themselves play an important role in helping the body stay healthy by fighting infections and other internal abnormalities. Modulator therapy can be a key way to help T cells work better for certain purposes.

How does T cell modulator therapy help with cancer? 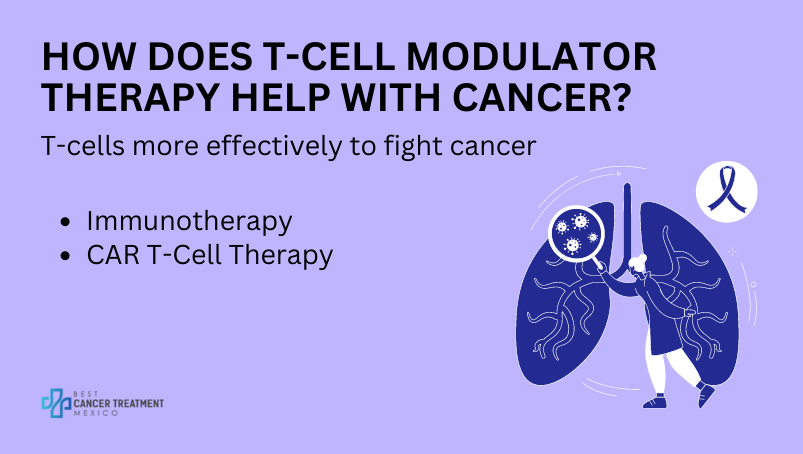 The idea behind T cell modulator therapy is the ability to manipulate T cells in the body to react in a certain way; specifically, to target and destroy cancer cells.

T cell modulator therapy comes in different forms, under different names, though the goal is always the same: to leverage T cells more effectively to fight cancer. These include the following:

Certain drugs also exist that can modulate T cells, which include immune checkpoint inhibitors. These inhibitors are a key part of the immune systems communication network, so modulating them can help the immune system respond to the environment around it in a certain way.

Some work has even looked at other ways to stimulate an immune response in the body and trigger the activity of T cells. For example, a chemotherapy agent, given in low doses, has been explored as a way to stimulating T cells.

Limitations to these types of therapy include their personalization which, while helpful for certain types of cancer, can also make them expensive to make.

Is T cell modulator therapy an effective treatment for cancer? 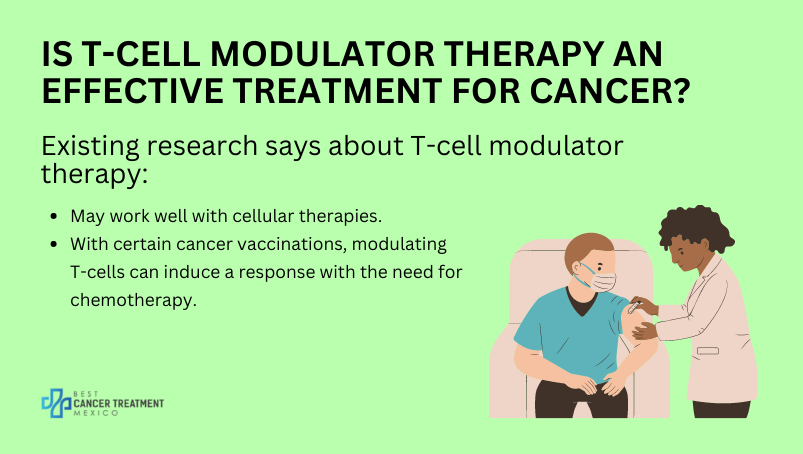 The use of T cells for the treatment of cancer is still a relatively novel concept, and as such, researchers are still learning about the best ways to modulate and manipulate T cells. Here’s what existing research says about T cell modulator therapy:

Is T cell modulator therapy a safe treatment for cancer?

Though there is still more work to be done and research to be conducted, researchers have shown that T cell modulation is generally safe and relatively effective so far.