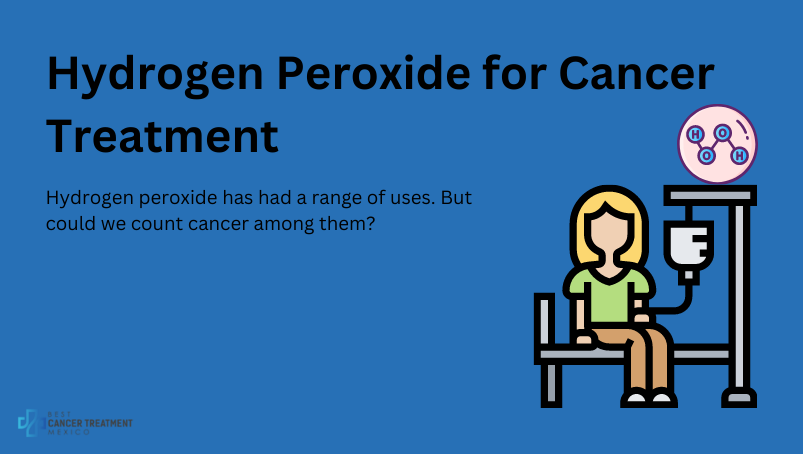 Understanding the best ways to treat cancer is an ongoing search. While many cancer treatments exist, many of them are still exploratory or under investigation. As a result, the staples remain chemotherapy and radiation treatment, which, while showing some success, also have a long list of drawbacks. This includes severe symptoms and side effects, as well as the risk of the treatment losing effectiveness over time. That’s why new treatments are needed.

Used since the 1800s, hydrogen peroxide has had a range of uses. But could we count cancer among them? Keep reading to find out.

What is hydrogen peroxide? 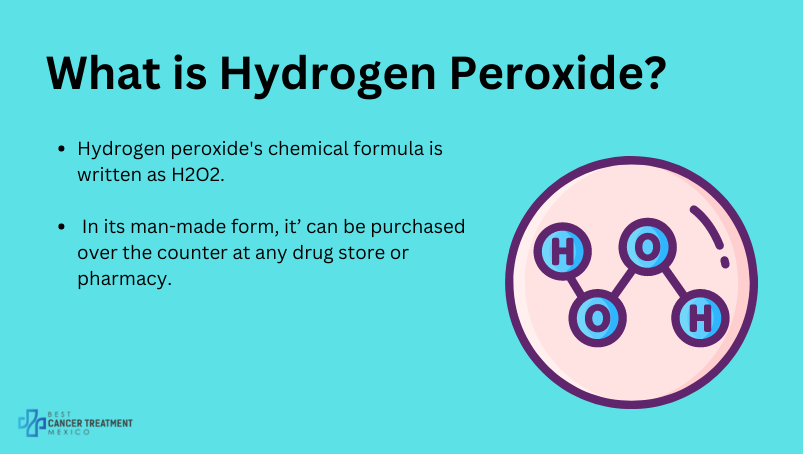 Hydrogen peroxide is a chemical who’s chemical formula is written as H2O2. In its man-made form, it’s a common product that can be purchased over the counter at just about any drug store or pharmacy.

What does hydrogen peroxide do?

The most common uses of hydrogen peroxide are as an antiseptic, which means it can help reduce the chances of developing an infection, say, after you get a cut on your arm. You’re probably all too familiar with the characteristic burning sensation that hydrogen peroxide can create when applied to an open cut. It can also be used as a mouthwash to cleanse the mouth.
Hydrogen peroxide gets its antiseptic properties from the oxygen it releases when it’s applied to a surface. This oxygen is unleashed and can help clean surfaces, such as the skin near and around a cut.

How does hydrogen peroxide help with cancer? 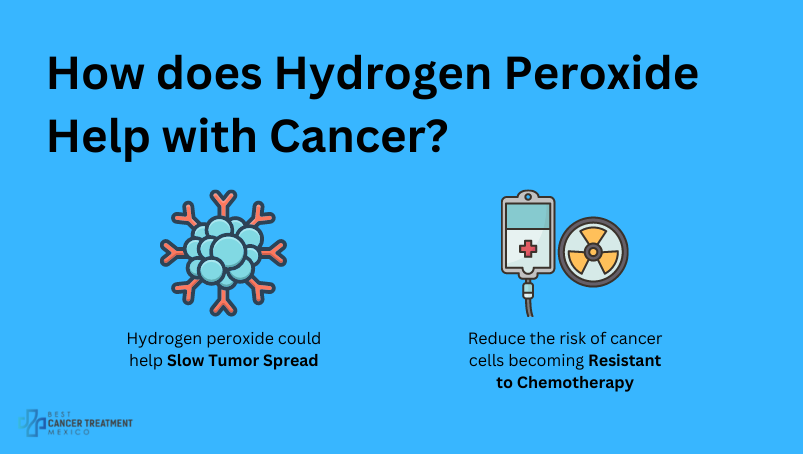 Interestingly enough, research also shows that hydrogen peroxide, while a chemical that’s produced artificially by humans, is also something that is produced by cancer cells.

Studies have shown that cancer cells also produce hydrogen peroxide in the body, which exacerbates various markerst of cancer, such as inflammation, DNA damage, and may even enhance the ability of cancer cells to flourish. This process is akin to oxidative stress, a naturally occurring process in the body that is made worse by free radicals,

As a result, researchers have suggested that focusing on the production of hydrogen peroxide could help slow tumor spread and even improve the efficacy of cancer treatments, including reducing the risk of cancer cells becoming resistant to chemotherapy, a common problem for that form of treatment.

How does cancer treatment with or targeting hydrogen peroxide work? 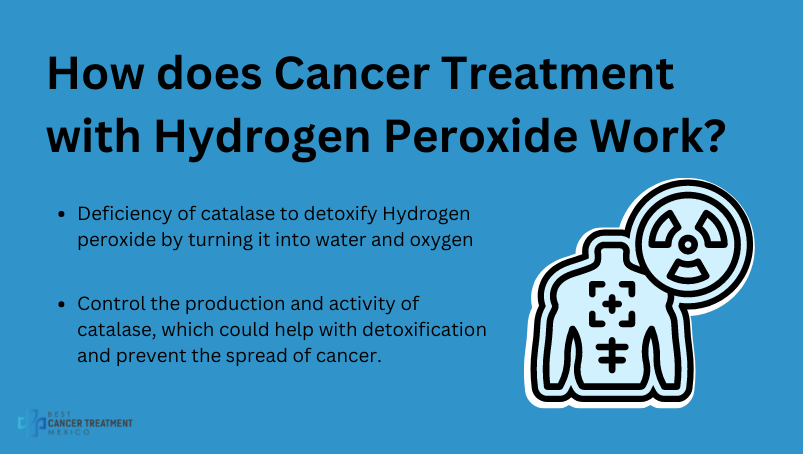 Unfortunately, existing research doesn’t point in the most promising directions for hydrogen peroxide’s potential benefits as a cancer treatment. Research has, however, pointed in potential directions for future studies. Here are some key findings from research so far:

The use of hydrogen peroxide as an actual treatment option does have some interesting results. Specifically, the additional presence of high amounts of oxygen, which can be very reactive and harmful to certain cells, could have potential as a cancer treatment.
However, there is generally little evidence supporting claims about the use of hydrogen peroxide as a cancer treatment, and that its uses may be more effectively limited to conditions other than cancer. The development of catalase-targeted drugs, however, shows more promise.