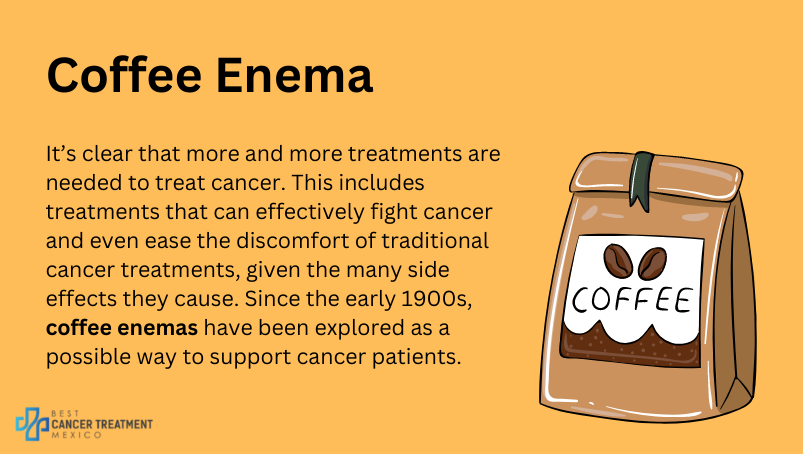 You probably enjoy a cup of coffee in the morning to help you wake up. And, maybe you drink it
because you’ve probably read all about the health benefits of moderate amounts of coffee. But
would you be surprised to know that coffee has been explored as a cancer treatment?

With many existing cancer treatments known to cause significant side effects, such as
chemotherapy and radiation, it’s clear that more and more treatments are needed to treat
cancer. This includes treatments that can effectively fight cancer and even ease the discomfort
of traditional cancer treatments, given the many side effects they cause. Since the early 1900s,
coffee enemas have been explored as a possible way to support cancer patients.

Keep reading to learn more about coffee enemas and how they could work as a potential cancer
treatment.

What is a coffee enema? 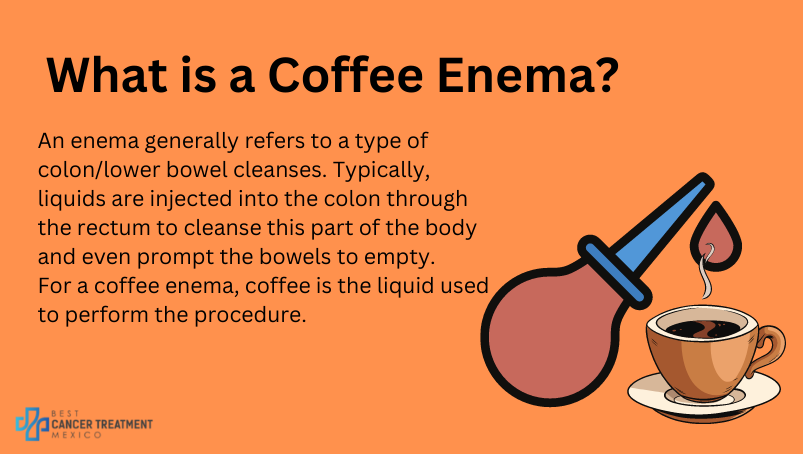 An enema generally refers to a type of colon/lower bowel cleanse. Typically, liquids are injected
into the colon through the rectum to cleanse this part of the body, and even prompt the bowels
to empty.

For a coffee enema, coffee is the liquid used to perform the procedure.

The procedure was popularized when the Gerson therapy was developed in the 1920s, which
was an alternative cancer treatment regimen focused on bodily detoxification and nutrient-based
treatment of cancer.

How does a coffee enema work?

You’re probably already wondering how cleansing the colon with coffee is supposed to help with
cancer. Here’s what it’s designed to do:

While the purpose of an enema is manifold, the idea behind a coffee enema, specifically, is
focused on boosting production of glutathione.

Glutathione is a powerful antioxidant produced in the body. It’s also something we tend to
produce less of as we get older. It’s been shown to play a role in many different processes. For
example, it could help improve insulin resistance and reduce oxidative stress.

Antioxidants have long been explored in connection to cancer treatment. Specifically, the role
antioxidants play with free radical management has been of particular interest to cancer
researchers. Free radicals can damage cells and potentially cause cancer, so anything that can
keep free radicals in check could have powerful anti-cancer qualities.

Coffee enemas are also designed to stimulate bile flow, preventing it from building up and
potentially causing certain cancers. 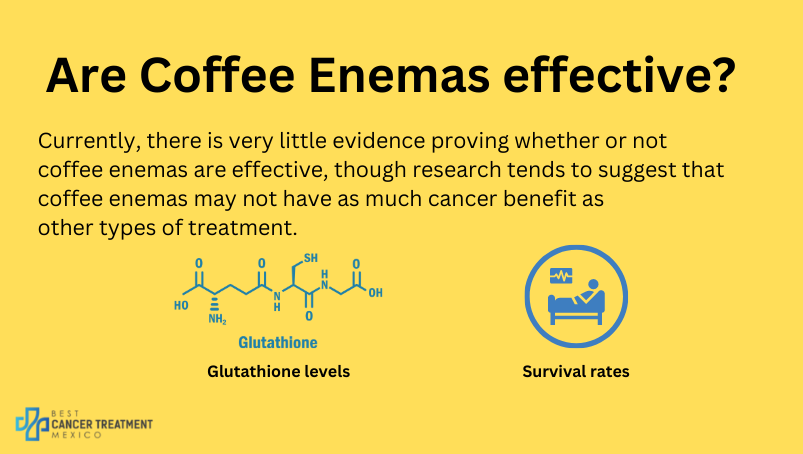 Currently, there is very little evidence proving whether or not coffee enemas are effective,
though research tends to suggest that coffee enemas may not have as much cancer benefit as
other types of treatment. Overall, researchers cite a lack of randomized controlled trials (RCTs)
studying coffee enemas, which are the gold standard for showing a connection between a
treatment and positive disease outcome. 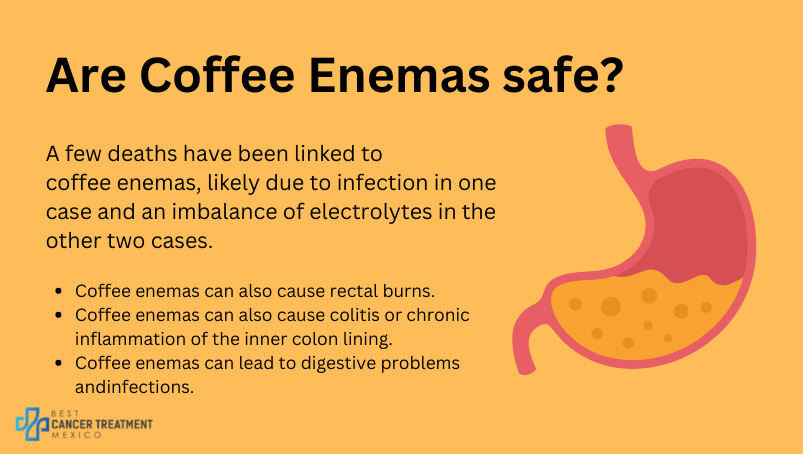 It’s not quite clear whether coffee enemas are safe or not. A few deaths have been linked to
coffee enemas, likely due to infection in one case and an imbalance of electrolytes in the other
two cases. Coffee enemas can also cause rectal burns.

Some case studies have shown that coffee enemas can also cause colitis, or a chronic
inflammation of the inner colon lining.

Finally, some research suggests that coffee enemas can lead to digestive problems andinfections. The body typically has mechanisms for addressing detoxification. Furthermore,
coffee enemas can alter the delicate balance of bacteria in the gut.

So generally, the safety of a coffee enema is questionable.

When it comes to coffee enemas, in particular, it’s important to talk to your doctor before taking
one at home. It can cause a lot of unintended side effects.